Research in the SPMarea is framed in the branches of Physics, Chemistry and Biology, with strong focus in Nanoscience. A fundamental goal of the SPM area is to explore the limits of characterization and fabrication at the smallest possible scale, ranging from one atom to nanometre sized objects.

We are interested not only in exploring physical properties with the high spatial resolution provided by SPMmethods, but also in the capability of SPMtips to interact, alter and modify matter at will in an atom by atom fashion. This is achieved thanks to the fine control of forces and electric potentials between the tip and the sample. In this way, we aim at a broad span of scientific interests, from minute forces governing biological recognition in in-vitro specimens, all the way down to single spin devices in artificially built quantum corrals. 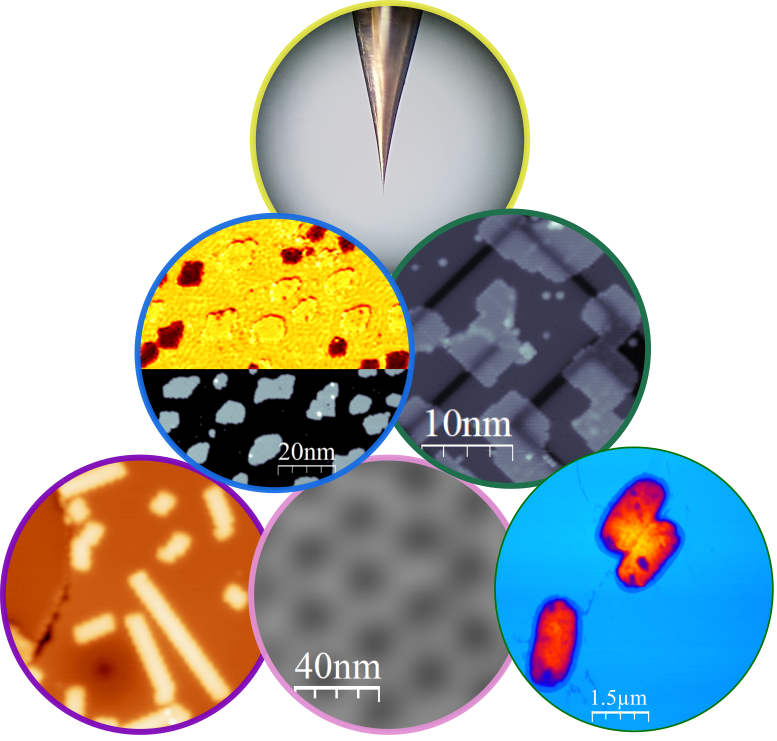 To carry out these projects, the LMA has state-of-the-art scanning probe facilities. LKey figures are for instance the energy resolution of elementary excitations below 0.1 meVat a base temperature of 1.1 K, the pico-Newton sensitivity of tuning fork cantilevers, or the advanced methods for nano-imaging of mechanical and electric properties of surfaces held at ambient conditions.

More specifically, the main research lines developed by the scientists of the SPM area are:

We are a unique initiative at national and international levels. We provide the scientific and industrial community with the most advanced infrastructures in Nanofabrication, Local Probe and Electron Microscopies for the observation, characterization, nanopatterning and handling of materials at atomic and molecular scale.